For the variety and beauty of the territory, for the importance it has had throughout history and for popular traditions, San Miniato is one of the most interesting places in the province of Pisa.

It is a medieval village, where you can spend time walking through the small streets in the center that lead to the “tower” of Frederick II. 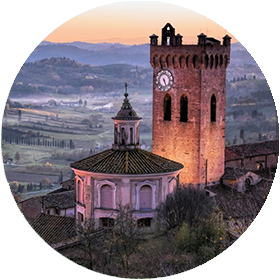 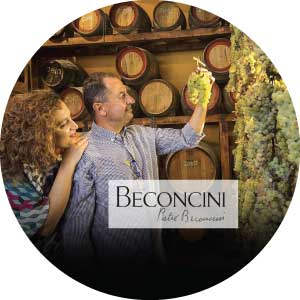 Famous for the Tempranillo of San Miniato thanks to its genetic peculiarities it produces grapes of great versatility, suitable for producing wines even from great aging, which combine the notorious softness of the vine with purely territorial characters such as the acidity of Tuscany and the flavor and minerality of our calcareous soils.

It is only 41 km from Villa Mannelli, according to legend, Pisa was founded by some mythical Greek refugees from the homonymous Greek city of Pisa, destroyed in the 6th century BC following the flight of its inhabitants, who then embarked and casually reached the banks of the Tyrrhenian where they gave birth to the new settlement. 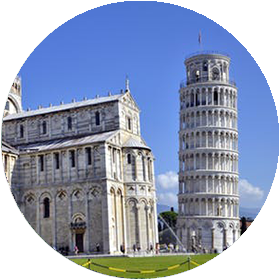 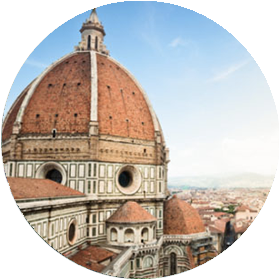 … cradle of the “Renaissance” era, today it represents one of the most famous cities in the world for its masterpieces, the precious “Uffizi Gallery”, the “Vasari” corridor, Palazzo Vecchio … and much more! It is just 46 km from Villa Mannelli.

In the Middle Ages it was an important artistic, cultural, commercial, political, economic and financial center. In the modern age it played the role of capital of the Grand Duchy of Tuscany from 1569 to 1859 which, with the rule of the Medici and Lorraine families, became one of the richest and most modern states. The various political vicissitudes, the financial and mercantile power and the influences in every field of culture have made the city a fundamental crossroads of Italian and European history.

Small village, just 15 km from Villa Mannelli. Leonardo’s birthplace, today it houses the homonymous museum appreciated all over the world.

It is the birthplace of Leonardo Da Vinci. The idea of dedicating a museum to Leonardo in his native land was born in 1919 during the celebrations for the fifth centenary of his death when the Castello dei Conti Guidi was donated to the Municipality of Vinci. Only in 1986 the Museum, after a significant restructuring, has definitely assumed the title of Leonardiano. In the summer of 2004, the exhibition spaces were expanded by merging the Castello dei Conti Guidi and the Palazzina Uzielli into a single new museum itinerary located on two nearby locations in the historic center of Vinci. 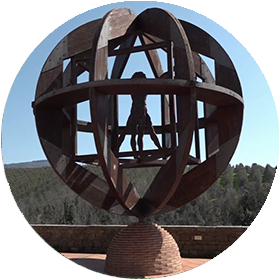 With wines inspired by genius.

The Leonardo Da Vinci Cellars are a union of Italian wineries committed to realizing the brilliant insights of Leonardo da Vinci to produce wine. Each reality best expresses its history and the essence of its territory by enhancing the most characteristic wine-making excellences of the national panorama.
By reinterpreting in a modern approach left by Genio, we follow today Leonardo® method of innovation, observation, respect for nature and for the territory in which we work.

A path between history and reality

In the cellar of Dianella the contemporary operational reality interfaces with that of the ancient cellars transformed into a museum.
Located in Vinci from the early 1900s, Chianti Dianella is on the tables of the most renowned Italian trattorias and restaurants and during the Gronchi presidency it shows six of the official lunch menus at the Quirinale. 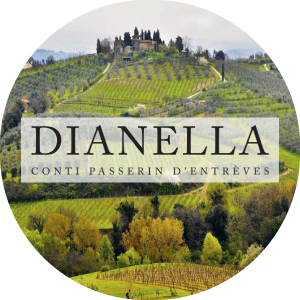 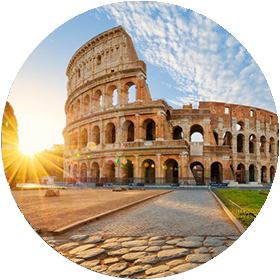 Capital of Italy with a cultural, artistic and architectural history that has made its way around the world. It houses within its territory the city state of the Vatican. From Florence, by train, it is possible to reach it in 1.20h.

Forte dei Marmi is one of the most beautiful places in the “Versilia”.

In just 40 minutes you can reach this seaside town, located on the Tuscan Riviera, with the characteristic scents and colors of Versilia. 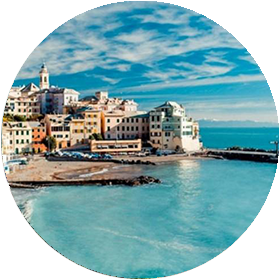 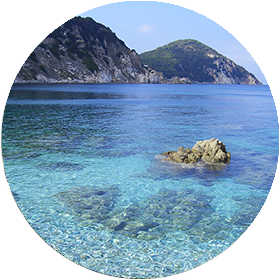 It extends from Livorno to Piombino …

Called this way because in these areas numerous testimonies of the Etruscan people have been found. In addition to being able to visit the many seaside resorts, in this area we also find large expanses of parks where they can enjoy a beautiful walk immersed in nature …

This website uses cookies to improve your experience while you navigate through the website. Out of these, the cookies that are categorized as necessary are stored on your browser as they are essential for the working of basic functionalities of the website. We also use third-party cookies that help us analyze and understand how you use this website. These cookies will be stored in your browser only with your consent. You also have the option to opt-out of these cookies. But opting out of some of these cookies may affect your browsing experience.
Necessary Always Enabled
Necessary cookies are absolutely essential for the website to function properly. This category only includes cookies that ensures basic functionalities and security features of the website. These cookies do not store any personal information.
Non-necessary
Any cookies that may not be particularly necessary for the website to function and is used specifically to collect user personal data via analytics, ads, other embedded contents are termed as non-necessary cookies. It is mandatory to procure user consent prior to running these cookies on your website.
SAVE & ACCEPT